How does loneliness affect our mental and physical health?

Peplau and Perlam in 1982 described loneliness as the disparity between one’s intended interpersonal relationship compared to the actual relationships they already have. Humans are inherently social beings that thrive in small units hence loneliness is an unpleasant emotional response to the feeling of being isolated or alone.

Most times loneliness creates a feeling of emptiness, unwantedness, unworthiness, and the feeling of not being loved. It is described as the equivalent of physical pain, hunger or thirst which yearns for social connection to maintain the formation of social connections needed for the survival of our genes (John et al., 2006). This explains why when one feels lonely, there is usually the urge to reach out to or reconnect with someone.

In 2018, Cigna conducted a national survey and proposed that the level of loneliness had reached an all-time high. The research indicated that almost half of 20,000 U.S adults sometimes or always feel alone. Forty percent of participants also mentioned that the relationships they have with people are not meaningful and often feel isolated.

If loneliness is not attended to, it could affect our physical health; for example, hypertension, coronary heart disease (mainly amongst women) and our mental health, leading to certain mental health conditions such as depression, sleep problems, anxiety, and low self-esteem, low self-confidence. 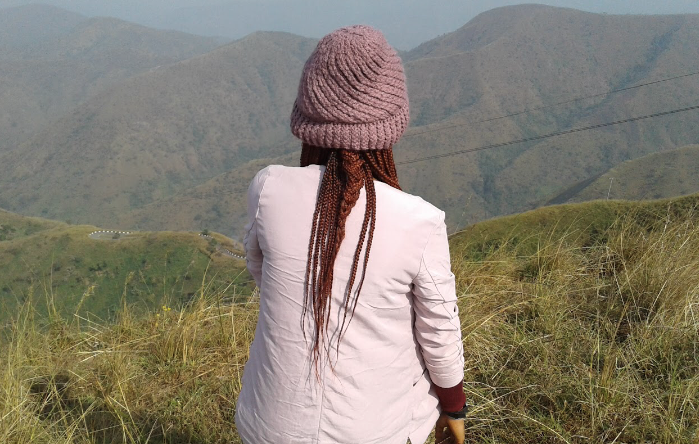 What can cause loneliness?

Low self-esteem is often characterised by a lack of self-confidence and feeling bad about oneself and often exhibiting the feeling of being unlovable, incomplete, or awkward. These ill feelings that one thinks about themselves often make them hesitant to engage with other people, and even if they do, they do not feel worthy enough of other people’s time and attention this brings about having fewer intimate relationships with people thereby increasing loneliness.

Lack of self-assertiveness; being self-assertive is to be able to stand up for one’s rights and that of others politely without passively accepting wrong. When an individual lacks assertiveness and decides to be passive-aggressive instead of assertive, then it is difficult to build or maintain intimate relationships which invariably increases the feeling of loneliness.

Social anxiety is also known as social phobia. It is the feeling of being nervous in engaging in social activities such as participating in field trips, cooking groups, sports, date night, attending a party, etc. Feeling nervous about certain activities such as giving a presentation is normal, but when one begins to feel anxious, self-conscious, embarrassed, or overly worried toward everyday interactions, it depicts social anxiety. Being anxious around people all the time makes it more difficult to make new relationships or maintain existing relationships, this could increase loneliness.

Trauma is an emotional response sustained like anxiety or fear due to a distressing event such as bereavement. Losing a loved one can suddenly induce the feeling of being lonely. Due to fear of losing a loved one, people also find themselves detaching from loved ones because of the hurt of experiencing loss. Again, if a child was abused by a specific gender, there is every tendency for that child to withdraw from similar genders this will reduce social connections and in turn increase loneliness.

Values confusion: personal values go a long way to defining who we are. They are the characters and behaviours that motivate and guide our decisions and actions. Being around people with whom we share the same values is a way to engage with people, which helps to reduce loneliness. If one’s values are confusing, it is easy to identify with people who have conflicting values thereby feeling disconnected and very lonely.

What are the types of loneliness?

Social loneliness can be termed relational loneliness. It is the deficiency of close and healthy relationships with family members and friends. Relationships with these groups of people could be referred to as “sympathy groups.” It is a source of support for child carers, soft loans, projects, etc. When you feel like you don’t have a sense of belonging to a social network or support apart from yourself or your intimate partner, you may feel socially lonely.  Everyone needs good social support as this helps to improve our overall well-being. A major negative predictor of social loneliness in middle-aged adults is how often they communicate with their sympathy group. Whilst the quality of the relationship we have with people is more important, it is advisable to increase social engagement to build more healthy relationships.

Loneliness and its effects on mental health

Loneliness is deeply connected to depression as research has shown that lonely people are more likely to develop depressive symptoms because they tend to be less happy, less satisfied, and more pessimistic. Other symptoms could be the feeling of being helpless and in pain. Although loneliness may be characterized as a subset of depression the difference is managed with the hope that all will be well when exposed to social factors. Being lonely could trigger social anxiety which is the fear of being exposed to social situations. 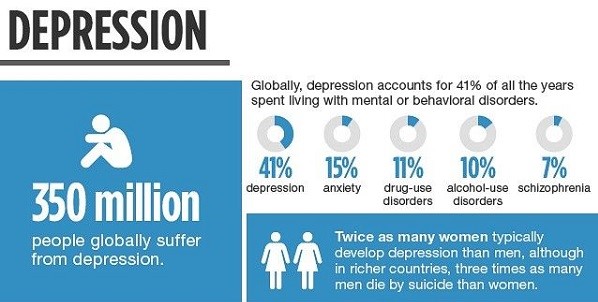 Dementia has a link with loneliness as with loneliness comes reduced recognition, reduced constant speed, and semantic memory. Studies have demonstrated that 64% of older people who felt lonely are more likely to develop dementia. Although elder people who were happily isolated did not show the risk of developing dementia this shows that it was ‘feeling alone’ instead of actually ‘being alone’ that increases the risk of dementia. This indicates that loneliness is a behavioural reaction to cognition. To reduce the possibility of being vulnerable to dementia, it is advisable to keep the brain active and healthy.

Hosseinbor and his colleagues in 2014 suggested that loneliness is an elevated risk and maintenance of Substance misuse. It has also been identified as an important risk factor in several stages of alcoholism which further leads to alcohol and drug-related problems. Loneliness is contemplated to cause increased stress in adolescents and indirectly increase the tendency to use alcohol.

It was also noticed that women who have experienced some form of abuse in their life were lonely compared to women who had not. Furthermore, loneliness has been identified to be intertwined with suicide ideation, and parasuicide and might be considered a ‘disease that wants its place in the classification of psychiatric disorders. Schizoid and borderline personality disorders are also related to loneliness. Not being able to tolerate loneliness is deemed as a core feature of borderline personality disorder. Psychoanalytic theorists proposed that emotional deprivation contributes to the development of Schizoid personality. Additionally, loneliness was associated with daytime dysfunction hence reducing the quality of sleep which leads to low energy levels and fatigue. Loneliness was also related to aggressive behaviours, suicidal thoughts, and impulsivity.

Loneliness and its effect on physical health

Stress, immune system: psychological stress can be differentiated into short-lasting (acute) and long-lasting (chronic) this differentiation is important when it comes to associating loneliness with psychological functioning. Research has shown that loneliness can cause acute and chronic stress, which can cause reduced immunity and more inflammation compared to less lonely people. The low-grade inflammation can in turn lead to inflammatory diseases like diabetes, autoimmune disorders such as rheumatoid arthritis, lupus, and cardiovascular disease like coronary heart disease.

Increased health problems: In Malaysia, a study was conducted where 1880 elderly people participated and this study suggested that loneliness increased the likelihood of developing illnesses such as hypertension, myocardial infarctions, cerebrovascular accidents, and age-related increased blood pressure was also found in lonely individuals. It was also found that loneliness is a risk factor that causes an increase in motor declines such as grip strength, mobility, and coordination in elderly people. Cacioppo et al., in 2002, proposed that loneliness could be a risk factor for elevated blood pressure, obesity, and premature mortality.

How do we combat loneliness?

Crewdson, J.A. (2016). The Effect of Loneliness in the Elderly Population: A Review.